Check back for an updated schedule of the races!

The tiny island town of Put-in-Bay hosted sports car races that were conducted by the Cleveland Sport Car Club and the Northeast Ohio Region of the Sports Car Club of America one weekend each year from 1952 to 1959.  There was one additional race in 1963 coordinated by the Detroit Region of SCCA / Waterford Hills Road Racing Club, but that race was abruptly halted when a competing Elva sports racer went off course (to avoid a dog, the driver claimed) and crashed heavily, fortunately without injury to driver or spectators and ending road racing on the island “forever.”

The cars that competed in those races were small sports cars with under 2,000cc of displacement and sports racers (purpose-built closed-wheel racing cars) under 1,500ccs.  Marques included production cars from makers such as MG, Triumph, Porsche, Alfa Romeo, Lotus and many others and race-bred cars such as Elva and Cooper as well as a host of home-bred varieties.  The drivers were strictly amateurs, racing for the fun of it, but many went on to make significant names for themselves in racing.  These include Carl Haas, Chuck and Susie Dietrich, Chuck Stoddard, Tom Payne, Ralph Durbin and a long list of others.  Despite the challenging roads and difficult spectator control, there is no record of any major injuries that resulted from conducting these races.

A very thorough book about original The Put-in-Bay Road Races was written by sports car racing historian Carl Goodwin and published in 2014 by McFarland & Co – wwwmcfarlandpub.com.

More information about the history of Put-in-Bay on South Bass Island can be found at the Lake Erie Islands Historical Society website.

More information about the PIBRRR can be found here.

Need to get around while you’re here? Check out our golf cart and bike rentals!

*All events are subject to change or cancel with little to no notice. 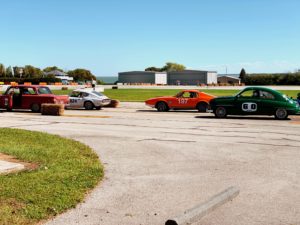 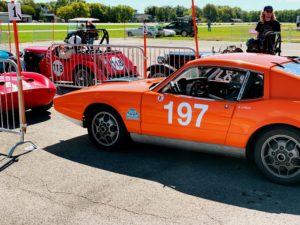 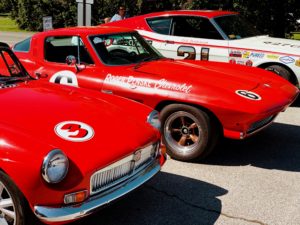